Call the Law Offices of Jason Newcombe now for a free consultation. 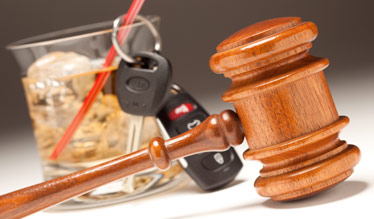 Not only will you need to fight your criminal charges (harsh penalties are involved with WA State DWI/DUI laws), but you will also have to face the WA State DOL head on in order to keep your privilege to drive. Retain the help of our knowledable DUI lawyers who understand how Washington State’s DUI laws work. Don't do it alone - Washington's DUI laws are complex! Washington’s DUI laws and the Washington State DOL Hearing.

One of the first questions that our DUI attorneys are often asked is what happens now?

With most WA State’s DUI arrests, the initial case that requires immediate action with the case with the WA DOL (Washington State Department of Licensing). During the occurence of your DWI/DUI arrest, the opportunity to take a breath test was given to you at the police station.

Whether you opted to take the breath test with results above .08 (.02 for minors), or if you had refused to take the test entirely, the Washington State DOL will be planning on your license suspension. Upon being released, you should've also received the Washington DOL Hearing request form.

Upon careful examination of this form, you will notice that you only have a mere twenty days from the date of your DWI/DUI arrest in order to reqest a hearing. The Washington State DOL will act on the revocation or supsension of your license if you do not place the request within the alloted time frame, which will also leave you with the inabaility to challenge the validity. With how Washington's DUI laws work, it is imperative to file your request in a timely fashion. 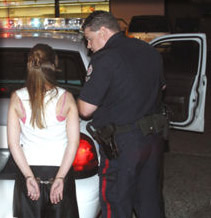 Several factors are involved in determining the length of your proposed suspension. First and foremost, did you actually take the DWI/DUI breath test or did you refuse it? In addition, how many DUI/DWI offenses have you had within the previous 7 years? Is it your first, second or third?

To provide an example, if this happens to be the first offense and you opted to take the breath test with alleged results of .08 or higher, you will be facing a license suspension for ninty days. On the other hand, if this happens to be your first DWI/DUI offense but you refused the breath sample, the suspension of your Washington State drivers license will be for a greater period of one year.

With a second / third DWI/DUI offense within previous seven years, the suspension length will be even longer. For example, with a second DUI offense and a provided breath sample of an alleged .08 or more, you will be facing a mandatory 2-year suspension/revocation.

Washington’s DUI laws and the criminal aspect of your DUI arrest.

The criminal aspect of your WA DWI/DUI case will typically begin when a Notice to Appear for Arraignment is received. In some DUI cases, you may be ordered to be present for the arraignment by a DUI citation or additional paperwork you receive upon your release. Washington’s DUI laws stipulate that if you've been convicted of DUI here in Washington State, you will be facing severe mandatory penalties.

Additionally, Washington’s DUI/DWI laws hold that the mandatory minimum sentence that you're facing will depend on your alleged DUI breath test result, whether you refused to take a breath test, and whether or not this is your first, your second, or your third or greater offense within the last seven years. 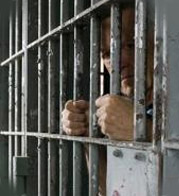 At minimum, if you've received a conviction of a WA DUI, Washington State drunk driving laws indicate that you'll be sentenced with the below mandatory penalties:

Some or all of the evidence in the officer's report may be completely wrong or subject to suppression. It is therefore imperative to speak with an experienced WA DUI and criminal defense lawyer before ever appearing in court.

For more information about Washington State’s DUI laws, please click on the link below: RCW 46.61.502