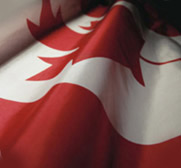 If I have a Washington State DUI conviction, will travel to Canada be restricted?

According to the Consulate General, members of so-called "Inadmissible Classes" will not be permitted travel to Canada.

Included in the Inadmissible Classes are individuals that have a conviction of what the Consulate General refers to as "MINOR OFFENSES". These are commonly known here in Washington State as crimes such as theft, shoplifting, dangerous driving, assault, the unauthorized possession illegal substances, firearms, etc.

The Inadmissible Classes also includes people who have a conviction for what the Consulate General refers to as "INDICTABLE CRIMINAL OFFENSES". In Washington State, this is typically referred to as a felony conviction and include crimes such as assault w/ a deadly weapon, rape, manslaughter, etc.

Having a Washington State DUI Conviction will put you in the category of "Inadmissible Class."

Unfortunately, the Inadmissible Classes also specifically includes individuals who have a conviction of DRIVING UNDER THE INFLUENCE OF INTOXICANTS (DUI). If you have a Washington DUI conviction, you will not be allowed to enter.

I have minor traffic violations but not a Washington DUI conviction... can I still travel to Canada and be allowed entry?

Individuals that have received minor traffic violations (not a WA DUI conviction), will most likely NOT be prohibited from entering.

Similarly, individuals that have a juvenile conviction (crimes convicted of while under the age of 18) will most likely NOT be prohibited from gaining entrance into Canada. The exception to this; however, is if the juvenile was tried for the offenses as an adult.

TEMPORARY RESIDENT PERMIT, APPROVALS OF REHABILITATION, AND PERMISSION TO RETURN TO CANADA:

Those individuals who have a conviction for an offense while IN CANADA who wish to return must first begin by applying for a PARDON from the CLEMENCY AND PARDONS DIVISION OF THE NATIONAL PAROLE BOARD. Receiving a pardon will permanently erase the Canadian criminal record, as well as the inadmissibility consequences that resulted from it. Applying for a TEMPORARY RESIDENT PERMIT is an option for those individuals who were unable to get a pardon.

For further information regarding pardons, your should contact the National Parole Board:

Individuals who have received a conviction for an offense OUTSIDE CANADA, and had at least 5 years transpire since the termination of the custodial portion (if applicable) of the imposed sentence (not the sentence served), can apply for the Minister's APPROVAL OF REHABILITATION. This approval will remove inadmissibility caused from the conviction permanently. If fewer than 5 yrs have transpired, an individual who is seeking entry into Canada for a limited time period may put in an application for a TEMPORARY RESIDENT PERMIT. Those individuals who are subject to a previous DEPORTATION ORDER FROM CANADA require PERMISSION TO RETURN TO CANADA prior to entrance. In addition, those who've been subject of an EXCLUSION ORDER within the past twelve months require Permission to Return to Canada before they can re-enter Canada.

APPLYING FOR A TEMPORARY RESIDENT PERMIT, APPROVAL OF REHABILITATION, OR PERMISSION TO RETURN TO CANADA:

Individuals can apply for a Temporary Resident Permit, Approval of Rehabilitation, or Permission to Return to Canada in either Canada or at a Canadian visa office here in the US.

DOCUMENTATION THAT MAY BE REQUIRED BY A CANADIAN VISA OFFICE TO PROCESS TEMPORARY RESIDENT PERMIT OR APPROVAL OF REHABILITATION APPLICATIONS: 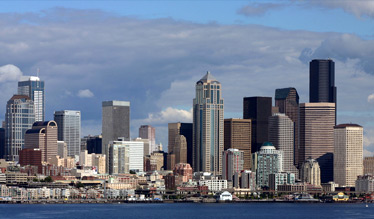